The speed test of a data line is used to measure its performance and verify that the service purchased by the provider is actually provided. Speed ​​tests can be done from any device and on any data line and are almost always done when installing a new line and in case you want to check the performance of the connection in case of malfunctions. 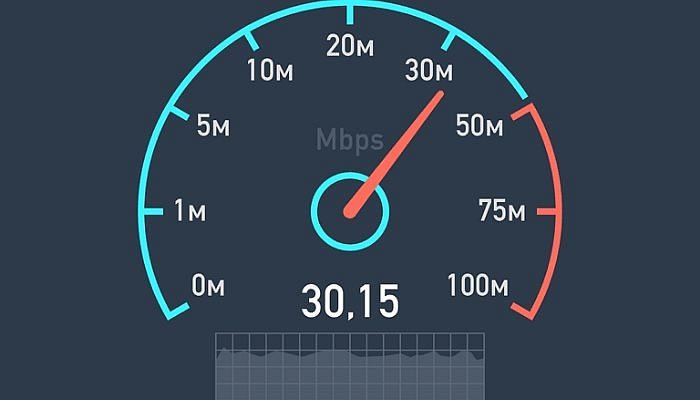 In fact, watching a movie in streaming in 4K requires a minimum connection speed of 25Mb / s (megabits, not megabytes), while for a movie in HD 5 is enough. In this case, the performance measurement after installation allows you to understand that maximum resolution choose.

If for a fixed data line this can be useful, for mobile devices in my opinion it doesn’t make much sense …

3 reasons not to speedtest on mobile

So let’s see what are the reasons why it is useless to do speed tests from the mobile phone .

The speed test measurement does not always reflect the performance and potential of your device or line. Unlike residential lines, mobile connections suffer from various factors that affect performance. The distance from the repeater, the presence of obstacles, line congestion are some of the factors that most influence mobile connections. Here is that a speed test done in a certain place at a certain time, will give different results than the same test performed in a different place at different times, and this does not depend on your device, nor on the data line for which you have signed a contract. .

2 – Do you really need to know the speed?

If you use your mobile to post instagram photos, communicate with friends via WhatsApp or buy items on Amazon, you don’t need a high-performance connection . Whether you have an 8 Mb / s connection to 100 Mb / s really doesn’t change much, so ask yourself if you really need to know the performance of the line. You would only need it if you were watching 4K TV series on your mobile, but seriously… do you really want to watch 4K TV series on a mobile phone ?

I happened to see guys competing with their cell phones to see which of the two “went faster”, and at a certain point one of them said “my jigs are empty” …

Oh yes, speed tests empty the gigs… and the faster you go, the more gigs you use

A speed test is performed by attempting to download the maximum amount of data for approximately 30 seconds (15 for download and 15 for upload). Since the 30 seconds don’t change, what changes between a faster line and a slow one is the amount of data downloaded , so a fast line empties faster with a speed test. Doing the math we can say that 300Mb / s in 30 seconds download 9000Mb. So each speed test at maximum speed downloads 1,125GB . Does it really suit you?

Receive the latest updates and industry news from Bizcope!